Our first match of the southern premier youth development league was at Reading. This year we would be competing against 5 other very strong clubs since we had been promoted after winning the premier 2B league last season. In our division, we had competing:

My 1500m was first at 11:50. I got ready on the start line, slightly anxious, but not too much so. I wanted to get a 4:30 this season and smash my previous best from last season of 4:38. The gun went, I went off swiftly hanging on the back of the group. Other than getting a 4:30 my other target was not to come last, something that I always seemed to experience in distances less than 3000m on track.

I went through the first lap in 70 seconds, 2 seconds quicker than the average time of 72 seconds per lap I needed to hit 4:30 – this was good, however, I had been dropped and was 5 metres behind second last. The second lap, I managed to close the gap a little, but the overall pace had slowed down as I had a 2:24 split for my 800, so my second lap had been 74 seconds – I couldn’t afford to go any slower, so I sped up and hit the 1100m mark at 3:20. My last lap had to be done in 70 seconds and I was sure I could do it. I surged past the runner in second last around the first 100m bend and we raced along the back straight till we had 150m to go. I went in front and began sprinting, pumping my arms as much as I could. I didn’t want to lose so much as a second.

I staggered through the line pleased with my race, thinking for sure I had achieved a 4:30 ish time, but when I looked at the results, it was a 4:38. It was a disappointing result and although I couldn’t see myself dropping to a 78 second last lap, that must’ve been what happened, but given the windy, cold conditions and that it was the first race of the season I guess it wasn’t so bad. 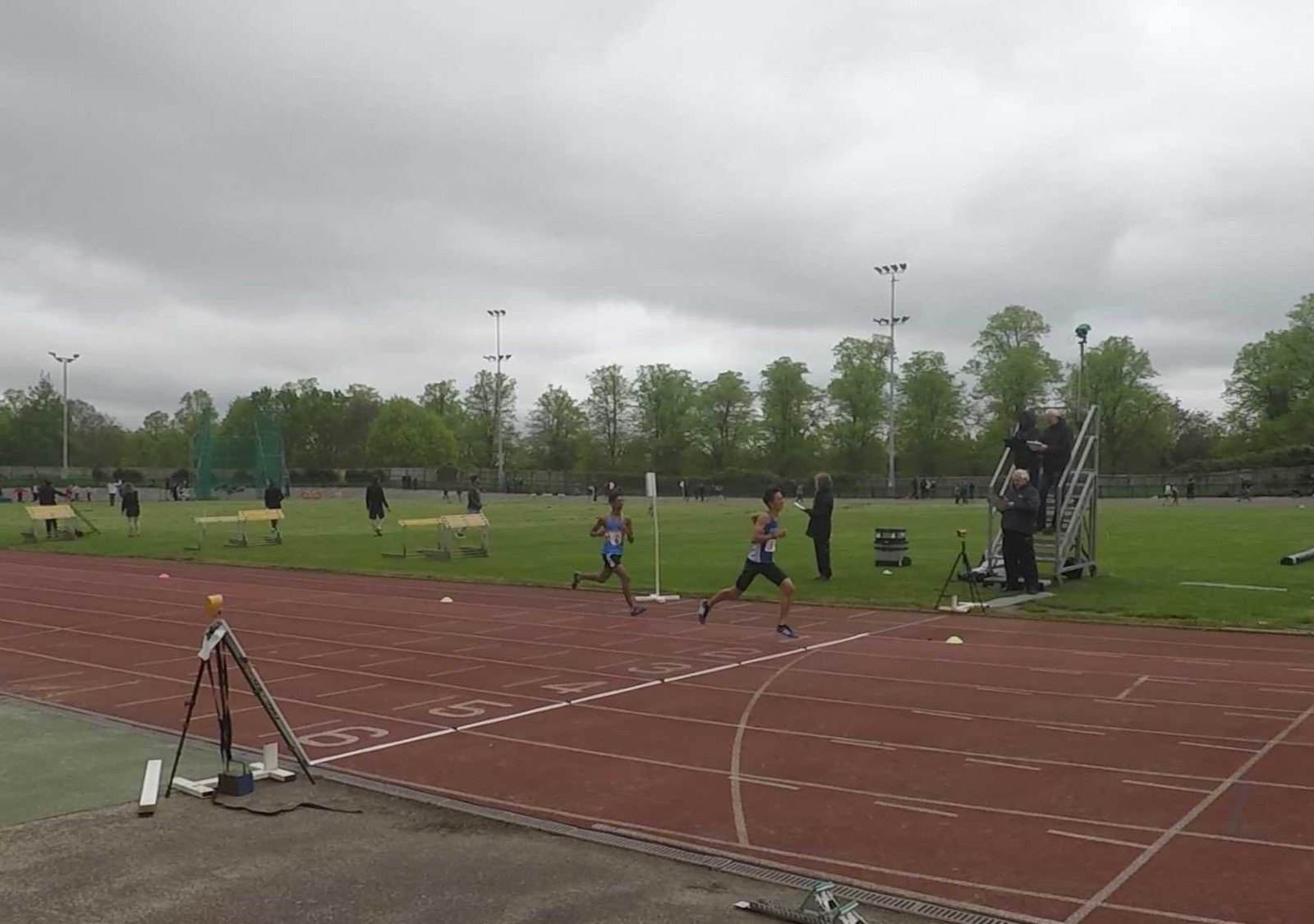 I went off trying to hang onto the other runners, but they were definitely of a very high standard and left me in an instant. I ran the first 400m as quickly as I could – 64/65 seconds and then tried to ‘hang on’ (despite there being no one to hang onto) and see what time I got.

I don’t know what my time was exactly, but a friend clocked me at 2:23 which would mean I absolutely died on the second lap. Not great, but it was encouraging for me to see myself go through the first lap in 65 seconds (which is quick for me).

This event is an event I would probably say I have learned to love and hate. Hate, because whenever I’m selected it tends to be because we need a team member to fill in and I tend to be the slowest on the team, especially when running with guys who have run as quick as 50 seconds. Love it, because the pressure I feel from my teammates makes me run faster than I realise and helps me break this mental barrier I feel that I have which prevents me from daring to go as fast as the lead runners at the start. I’m not sure why, but I was put in last leg (obviously the fastest)!

When I received the baton, we were in third place – I sprinted off, but was quickly overtaken at the 100m mark and tried to hang onto the back of the runner in front of me, but I had no hope. Although we came last, I did enjoy running the 4x400m relay and was surprised when I received comments that, the 4x400m was the best I looked running today!

It wasn’t a great start to the season for me, but I shouldn’t beat myself up about it since it is the first race of the season. I’m definitely looking forward to racing again because now I feel like I know what I’m up against and have a better understanding of where I need to be at against this tough competition. Results for all events are available here.

Thank you for reading, if you’re racing on track, how did your first race of the season go?